Sri Lanka has quickly moved to number one on our holiday list since moving to Asia. Did you know that the Lonely Planet has ranked Sri Lanka as the best country in the world to visit in 2019? (Followed by Germany on second place). However, that was before the shocking terror attacks took place during Easter 2019. We have visited Sri Lanka during our winter holidays between December 2018 and January 2019, and would finally like to share our itinerary with you and hope it helps you to plan your trip to Sri Lanka! I’ve been putting off this post, firstly as there’s just so much to write about and secondly, as I was in shock for quite a long time about the attacks that took place last Easter. I do hope that you will still be able to experience this country in the future despite recent events.

We stayed in Colombo for two nights, to allow a whole day for exploring Sri Lanka’s capital city. Like many people, Colombo has not impressed us much, but we did see a few really cool things. Our number one was visiting the Gangaramaya Temple which was different from all the Buddhist temples we have seen before and felt relaxing despite being right in the city center. Our second most favourite activity in Colombo was visiting the Colombo National Museum, of which both the exhibits and historic building were very impressive. We also followed the general tourist route to the fort area to see the colonial buildings; however, we hated it there due to the abundance of taxi and tuk tuk drivers hassling and following us. We stayed at the Marino Beach Hotel, which did not feel like a 5 star hotel, but we did enjoy the rooftop pool and sunset views.

After two nights in the hustle and bustle of Colombo, we were glad to leave for Galle, a colonial port city south of Colombo. Walking around Galle Fort, built by the Dutch in 1663, felt touristy as every space was filled with shops and restaurants for tourists. It still had its charm and we enjoyed our walk around the fort on the old brick walls, looking out to the ocean. We were lucky to have booked a new boutique hotel away from the touristy area, amidst the jungle. In the morning, we had the best fruit and pancake breakfast on the rooftop, overlooking monkeys swinging in the palm trees. On our second day in Galle, we visited a turtle hatchery about which we had mixed feelings as a few things seemed a bit shady (which is also why we later decided not to visit an elephant orphanage) and a tea shop where we bought lots of fancy tea (for example coffee bean tea) after a long tea tasting session; and ended the day with a eco wildlife safari. We did see a lot of wildlife on and around the water and were the only ones around – just not sure how eco this tour is with a motor boat. On this tour, we ate the most delicious bananas of our lives, which the tour guide brought from his garden.

Driving through Sri Lanka is a real experience in itself and we had to hire a driver to get around, as we couldn’t get hold of train tickets during the Christmas season. It’s really ‘drive how you feel’ adventurous, similar to China. After we made our way through endless cities and village from Galle to Tangalle, the last bit of the drive was actually on a sand road filled with holes with wetland to our left and ocean to our right. But then we arrived in our small beach resort on a neighbouring beach to Tangalle which is quiet and serene and ended up being our favourite part of Sri Lanka! Welcome to Ranna!

Luckily, we had booked to stay three nights in Tangalle and in hindsight could have stayed at least another three. As this beach was remote with only a few hotels, the beach was really quiet and our struggle for the day was whether to relax in the pool, on the beach or on our huge hotel room balcony. One day, we walked all the way from our end on the beach to the other, which took about an hour or so, and stopped at Omia Resort, which had just opened that day and in fact we were their first restaurant guests. The owners were lovely and we had long, interesting conversations over lunch. We would come back to Sri Lanka just to stay there for a week or two!

We stayed two nights in Ella, as it came highly recommended on a travel blog, describing it as ‘a peaceful small village in the middle of a beautiful green countryside’. We checked into a quaint colonial style English guesthouse on the edge of Ella overlooking the mountains and first impressions as we sat in the flower garden with a cup of tea and cake were excellent. Nevertheless this elegant entrée unfortunately didn’t prepare us for the somewhat smoggy, noisy and congested centre of Ella, which is now dominated by cheap looking backpacker hostels and mediocre tourist restaurants. It was pretty difficult to walk along the road in and out of the town and it became apparent that the sleepy town described in the travel guides had grown into something else. The main draw to Ella, of course, are the tea plantations in the surrounding mountains. We enjoyed a nice meal in the more luxurious 98 acres resort & spa on the mountainside for Christmas Eve (though the live music from the keyboard duo was a little bizarre), but I would advise eating delicious Sri Lankan food, rather than having a Turkey dinner if you are here at this time of year.

Perhaps the highlight of the trip was a tuk tuk tour organised by our hotel to some quieter areas surrounding Ella. Walking on the peaceful tracks amongst the tea plantations in early morning was relaxing, though, not quite on a par with the tracks around Nuwara Eliya. The tuk tuk dropped us on the way back near Little Adam’s Peak, which we intended to climb up, however, walking towards the hill, as I looked down at my leg I noticed a huge patch of throbbing blood that looked very much like a snake bite. I couldn’t feel anything and felt fine, so I wasn’t convinced this was the cause of the injury, but it definitely looked like some creature had punctured my leg in some way. I couldn’t really do much about this so bandaged it up with some socks from my bag, although my leg didn’t stop bleeding for the rest of the day. Perhaps foolishly, we still continued to climb Little Adam’s Peak. Definitely worth a look, but a bit narrow and overcrowded and I was concerned by the amount of people taking perilous selfies on the cliff edge. Later that day I managed to get to a doctor. His surgery was full of posters about snake bites and different types of snakes, so I am sure this type of dangerous injury must be common in these parts, however, luckily mine had only been a leech bite. Not pretty, but pretty pain free. If I had encountered a snake, I may not have made it until the 5pm opening time of the surgery. Lesson learnt: wear trousers when walking through the Sri Lankan countryside.

This place lived up to expectations of being one of the most memorable parts of Sri Lanka and actually wasn’t that cold there despite the altitude. Nonetheless, do bring a jumper. We stayed in a disappointing little guesthouse on the edge of town, but our daytime adventures around Nuwara Eliya were more rewarding. 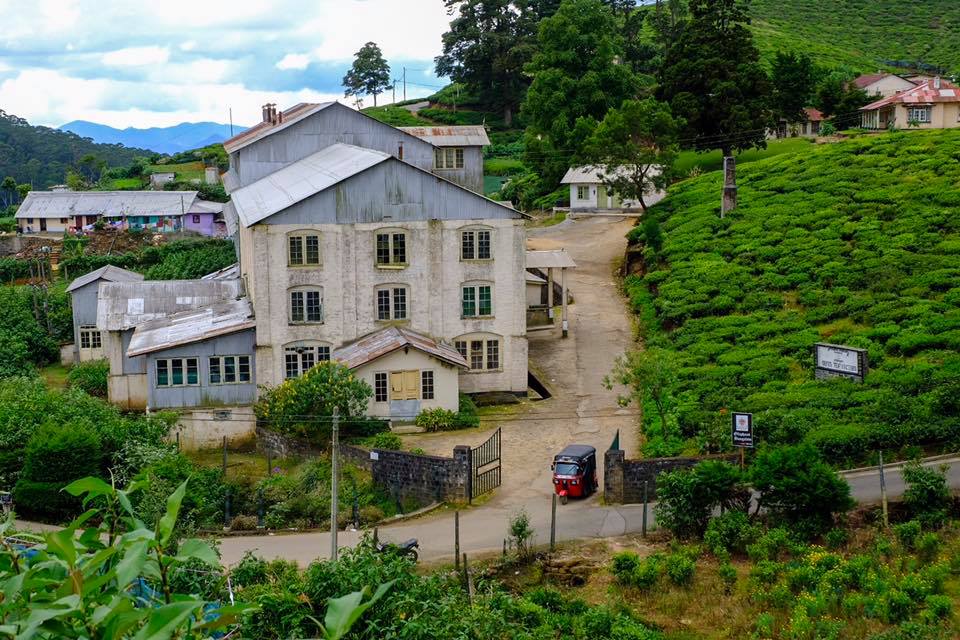 The highlight for me was spending nearly a full day strolling around the villages and tea plantations around Shantipura, the highest village in Sri Lanka, and also (surprisingly) the least touristy place we visited. It was fascinating to see the local people at work on the land and we enjoyed trying snacks from street vendors and posing for photos with the local kids (who helped us finish the snacks).

There are still well preserved colonial buildings and factories, but also increasing signs of modernisation. Gregory Lake is worth a look – it was fun watching the reckless jet skiing on the lake from a safe distance. Finding a decent restaurant in Nuwara Eliya wasn’t easy, though for a bit of atmosphere, live music and a friendly welcome, I would head to Themparadu. There was also a decent Indian place near Lake Gregory called Indian Summer.

For one of the days we hired a tuk tuk, and as part of the tour we visited the excellent Heritance Tea Factory hotel. I would highly recommend a trip up there to the clouds, or even staying at the hotel as it is a good place to see the traditional tea making first hand and the restaurant food was truly excellent (best meal in Sri Lanka?). We didn’t partake in the tea tasting as this was a little overpriced, though perhaps we would do this next time.

Despite not having high expectations, as travellers on the way told us they thought Kandy is overrated, it was a pleasant surprise and we could have stayed longer here. We spent nearly a whole day walking around the phenomenal Royal Botanical Gardens, that far surpassed those elsewhere in Sri Lanka (e.g. the one in Nuwara Eliya). There are a lot of wild monkeys here and it is a great photography spot in general.

The town itself is a great place to explore and the Temple of the Sacred Tooth Relic is a must see, especially after dark. Despite the chaotic queues to get in, once you get into the grounds beyond, it truly can be a peaceful and magical experience. (Tip: make sure you wear long trousers and cover your shoulders, otherwise they won’t let you in.) 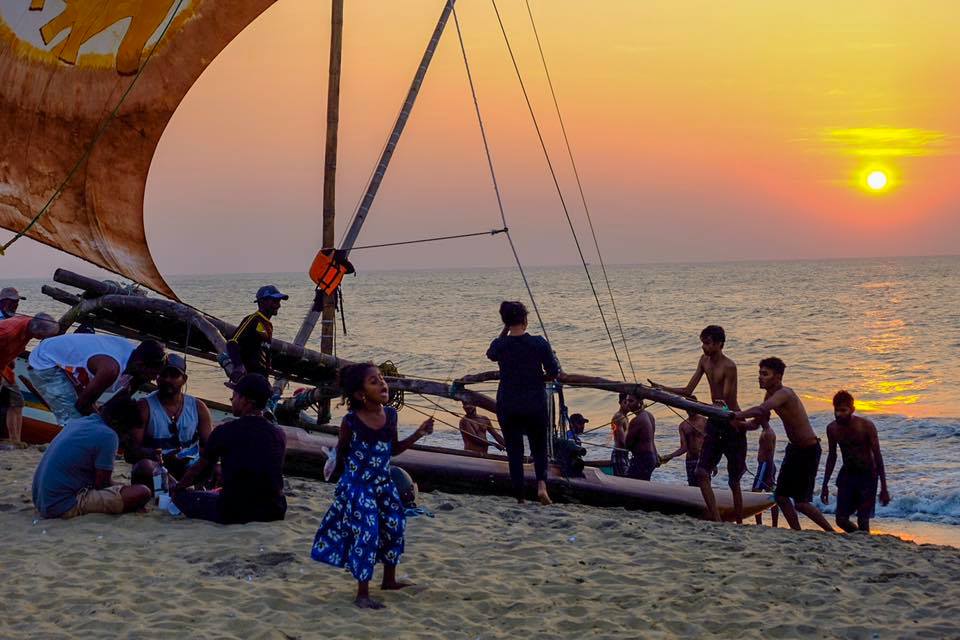 Negombo is a good place to end your stay – it’s by the beach and it is a cool place to unwind. We enjoyed the fireworks and parties on the beach for New Years Eve (though it was a little bit dangerous, as expected). We also enjoyed a long beach walk down to the more authentic and friendly Muslim area at the top of Negombo around the Poruthota Mosque. (N.B. Writing this post 6 months after the trip here, I am sad to hear about the attacks and retaliatory attacks in Sri Lanka and I hope that this area hasn’t become too embroiled in conflict.) Highly recommended in Negombo is the Lord’s Restaurant complex and the key to a good stay here could be picking a hotel with a decent pool and a nice area to relax as the beach is maybe not suitable for swimming (we actually checked out early and changed hotels for this reason!).

What are your favourite places in Sri Lanka? Was it like this when you visited?