After many of our colleagues have recommended the Izu Peninsula, and in particular Shimoda to us, we had to go and see it for ourselves on a long weekend in April. Shimoda is less than a 3 hour train ride away from Yokohama station and you can ride on the Super View Odoriko train along the Izu coast to Izukyu-Shimoda, which brings you to the heart of the town center. 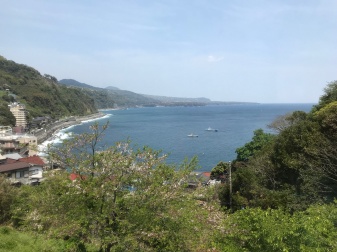 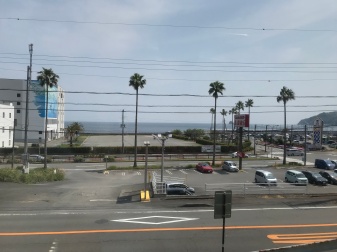 We arrived in the early afternoon and were lucky to get an early check-in to our hotel (which was the second time every in Japan!) Shimoda Ocean Park Hotel, where we stayed in a huge traditional Japanese style room with ocean views. Lateron, we made our way into the town center and walked around the harbour, Shimoda Park (nothing to write home about) and Perry Road.

My first impression on Shimoda’s town centre was that the hotels and harbour looked kind of rundown – similar to other seaside towns in the UK which were booming perhaps 20 years ago or so and tourist numbers have since declined, leaving empty hotels behind. Perry Road, the historic part of the town, really impressed us and the small bridges over the canal and trees alongside even reminded us a bit of some places in China.

The next morning, we took a bus from outside our hotel to Shirahama Beach, as we read somewhere that it’s the most beautiful beach in Shimoda. As it wasn’t the official beach season yet, it was pretty quiet on the beach and we enjoyed our beach walk, watching the surfers, visiting the red torii gate and nearby shrine, followed by a beach picnic! 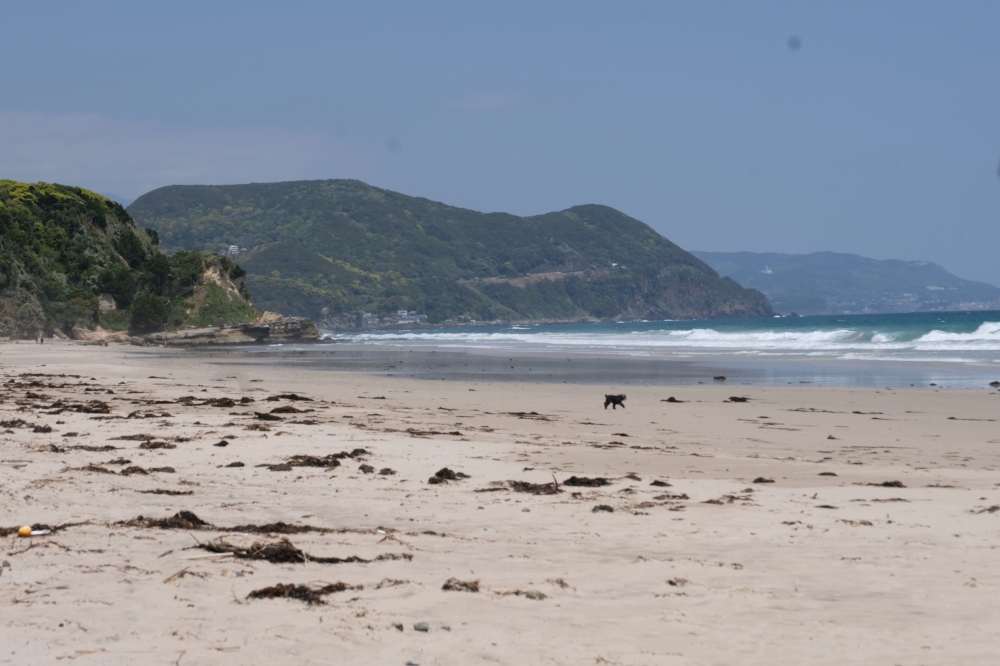 Just beside the beach, past the big red torii gate, there is a beautiful Shinto shrine that is definitely worth visiting while at Shirahama beach!

Did you know that there is a Japanese castle in Shimoda? Neither did we! After being disappointed that the cable car was out of service, we made our way up a small mountain to the top of the cable car’s viewpoint and walked past the empty, abandoned Shimoda Castle. It was pretty spooky as there were no people around and only us and a few crows on the rooftops. After our short hike, I tried to find out more about the castle online, but could only find out details about its history but not when it was rebuilt and when and why it closed…

We had some time to kill before our train and I found a traditional Japanese thatched roof house on Google Maps, being open as a museum. After having seen some of these old houses in Takayama and Shirakawago in the Japanese Alps, we were curious and paid the house a visit. Walking through a wild garden after having rung a doorbell at the entrance, we wondered if this was a good idea, but then we were greeted by a friendly and welcoming old Japanese man, who invited us to his living room and shared lots of stories about the history of the house, along with tea and snacks with us.

He takes a small fee as a token for his time and keeping the house, but he told us right away that he cannot live in his family’s house anymore, as it’s too big to maintain only for him and his wife. The living room was dark and filled with smoke to keep insects away and the house intact. It was quite challenging for us to sit there in such a heavy cloud of smoke and we were wondering how the man managed to be inside the house for a few hours every day. Later he told us that his throat hurts because of the smoke. He allowed us to walk through the house freely and look at all the old furniture and instruments needed for cotton spinning and other types of labour. In fact, the house was moved down from Takayama to Shimoda when it was sold to the man’s family. I could write down many more stories here, but you should go and see it for yourself! I hope he can maintain it for a few more years and find a successor to take over telling the history of this house. 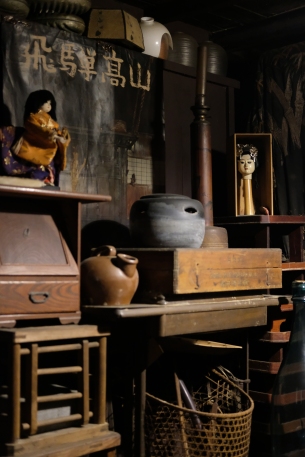 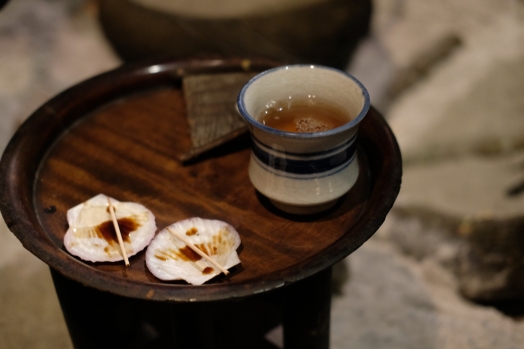 On our way back from the Japanese thatched roof house to Shimoda train station, we walking along the coastline around Shimoda park, which was beautiful!

To sum up the atmosphere of Shimoda with a quote from the Japan Times, ‘Shimoda may no longer have the importance it once did, but, as is often the case, some of the pleasanter places are those that history has edged neatly onto the sidelines.’